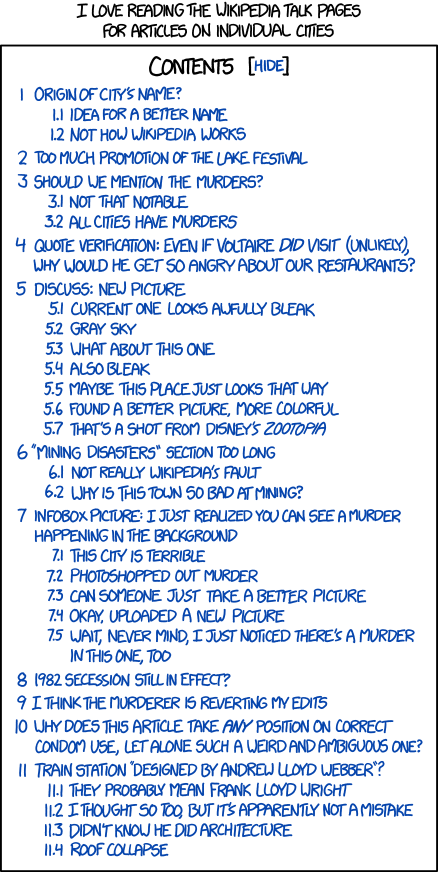 One day I hope to have as much reason to be proud of myself as this 2-year-old boy does.

Heck of a story.

A gallery of pre-Code 1940s comics: Not all white dudes in long underwear

We've always been here: A gallery of heroes of color from 1949s comics: Pre-Code comics featured badass women, as well as African-Americans, Native Americans and other minorities as superheroes.

The Comics Magazine Association of America (CMAA) was formed in September 1954 in response to a widespread public concern over gory and horrific comic-book content. It named New York Magistrate Charles F. Murphy, 44, a specialist in juvenile delinquency, to head the organization and devise a self-policing “code of ethics and standards” for the industry.He established the Comics Code Authority (CCA), basing its code upon the largely unenforced code drafted by the Association of Comics Magazine Publishers in 1948, which in turn had been modeled loosely after the 1930 Hollywood Production Code. This code banned graphic depictions of violence and gore in crime and horror comics, as well as the sexual innuendo of what aficionados refer to as “good girl art”. Fredric Wertham's 1954 book Seduction of the Innocent had rallied opposition to this type of material in comics, arguing that it was harmful to the children who made up a large segment of the comic book audience. The Senate Subcommittee on Juvenile Delinquency hearings in 1954, which focused specifically on comic books, had many publishers concerned about government regulation, prompting them to form a self-regulatory body instead.

Before the CCA was adopted, some cities already had organized public burnings and bans on comic books. The city councils of Oklahoma City, Oklahoma, and Houston, Texas, passed ordinances banning crime and horror comics, although an attempt by Los Angeles County, California was deemed unconstitutional by the courts.