Reynolds reacted to reports that protesters in Charlotte are swarming the highways and surrounding cars. “Run them down,” Reynolds said. That was the tweet that got him suspended.

I’ve always been a supporter of free speech and peaceful protest. I fully support people protesting police actions, and I’ve been writing in support of greater accountability for police for years.

But riots aren’t peaceful protest. And blocking interstates and trapping people in their cars is not peaceful protest — it’s threatening and dangerous, especially against the background of people rioting, cops being injured, civilian-on-civilian shootings, and so on. I wouldn’t actually aim for people blocking the road, but I wouldn’t stop because I’d fear for my safety, as I think any reasonable person would.

Twitter is quicker on the trigger to censor people on one side of the political chasm than the other, Reynolds says.

Later, he responds to a suggestion that “Keep driving” would have been a better tweet: “It would have been, and in only two words instead of three. But I’ve had over 580,000 tweets, and they can’t all be perfect.”

OPENED UP TWITTER TO SEE THIS: – Glenn Reynolds, Instapundit

The headline on the original story says “violence flares up” at the rally, which is technically accurate but leaves the impression of bloodshed. The article makes it sound more like some shoving and punching.

That’s not the case – as a matter of fact, the opposite is true. Better opportunity for everyone benefits everyone.

But the mobs attacking Trump supporters are making it true. 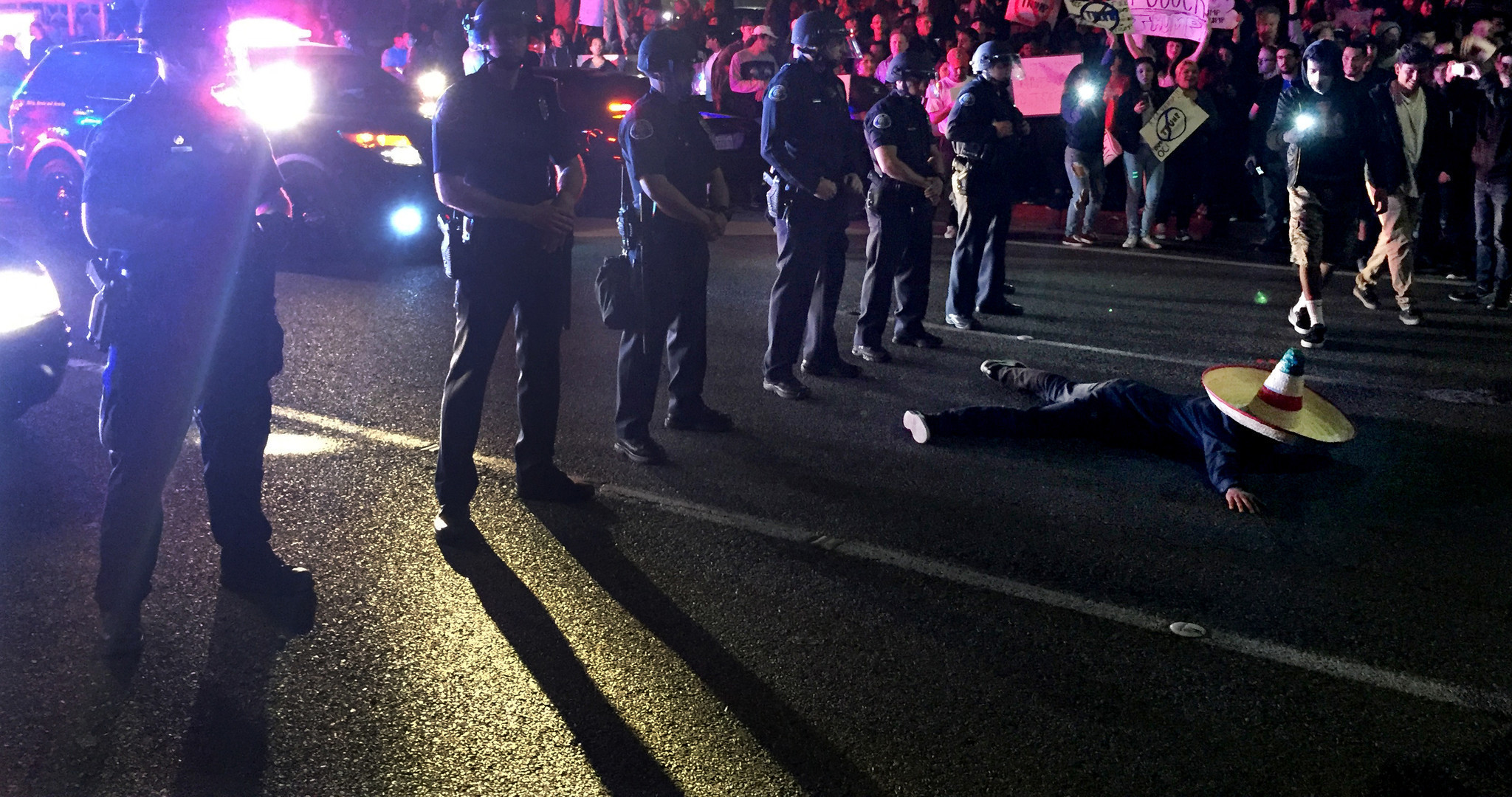 Hundreds of demonstrators filled the street outside the Orange County amphitheater where Donald Trump held a rally Thursday night, stomping on cars, hurling rocks at motorists and forcefully declaring their opposition to the Republican presidential candidate.

This is just the beginning. It’s going to be a long spring, summer, and fall.