Gather round, Gentle Readers. It is time I tell the story of the worst decision I ever made in an office. Some of you have heard this. Some have not. Whatever you do in your office today, this week, the rest of this year, you can console yourself by recalling this tale.

Quinn Cummings is a writer, former Hollywood agent, and former child star – she was in the movie “The Goodbye Girl” and the 70s TV show “Family.”

Dave is my blogging spirit animal. I like blogging, and I like sharing on Facebook, Twitter, Google+, Tumblr, and Medium. Of those platforms, I get the most return from Facebook. But blogging AND sharing to Facebook and Google+ are just too much work. So I’m going to start focusing mainly on the blog, and just automatically share links to Google+ and Facebook, until those platforms become easier to deal with in conjunction with a blog.

I’m working on figuring out a way I can share short updates directly to those services and to the blog simultaneously. This will involve automated email and plenty of duck tape.

You’re welcome to leave comments here, or on Facebook or Google+. Or just stop reading, even if you’re a close friend or member of my immediate family. I do not require other people to participate in my peculiar hobby.

I will revisit this decision when it doesn’t seem to be working for me, or when the tools for sharing blog content to social media get easier to work with.

I’ll keep mirroring my posts to Tumblr and Medium because that’s easy.

And I’m still trying to figure out what to do about Twitter.

A woman remembers her father, a closeted gay man who died of AIDS in 1992 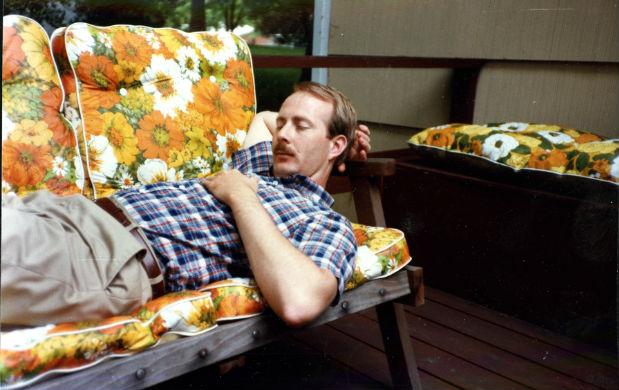 Whitney Joiner was 13 when her father Joe told her he was HIV-positive. He said he hoped to see her graduate from high school. Five months later, he was dead. It was rural Kentucky in 1992, and Whitney and her family thought it was best to keep quiet.

Whitney never learned how her father contracted the disease. After his funeral, her mother heard from a mutual friend that he’d secretly gone to gay clubs. As a teenager, Whitney had wondered if he were gay. She’d even asked him, but he denied it. His denial was a relief at the time. Now, she wishes she had more answers.

As children, my brothers and I never had dogs or cats. Now, as adults, we all have dogs, and Julie and I have cats too. My middle brother was the last to convert; he and his new family just adopted his first dog a week ago.

I advised my brother from the vantage point of my three years’ greater experience. I said:

Several times over the course of the next few months you will feel like an abject failure, like you have been unable to succeed at this simple thing — raising a dog — that any moron can accomplish. You will feel that you did the dog a disservice by adopting her. You will feel utterly worthless as a human being, like the lowest slime that ever climbed out of a toxic waste dump.

This is normal. Nothing to worry about!

Science is just beginning to figure it out, writes Jennie Dear at The Atlantic:

“Roughly from the last two weeks until the last breath, somewhere in that interval, people become too sick, or too drowsy, or too unconscious, to tell us what they’re experiencing,” says Margaret Campbell, a professor of nursing at Wayne State University who has worked in palliative care for decades. The way death is talked about tends to be based on what family, friends, and medical professionals see, rather than accounts of what dying actually feels like.

James Hallenbeck, a palliative-care specialist at Stanford University, often compares dying to black holes. “We can see the effect of black holes, but it is extremely difficult, if not impossible, to look inside them. They exert an increasingly strong gravitational pull the closer one gets to them. As one passes the ‘event horizon,’ apparently the laws of physics begin to change.”

What does dying feel like? Despite a growing body of research about death, the actual, physical experience of dying—the last few days or moments—remains shrouded in mystery. Medicine is just beginning to peek beyond the horizon. He got his hair permed when he got out of the Air Force, and was unsuccessfully trying to make a living as a painter, says longtime business partner Annette Kowalski.

“He got this bright idea that he could save money on haircuts. So he let his hair grow, he got a perm, and decided he would never need a haircut again,” Kowalski explains.

Before he could change it back, though, the perm became his company’s logo — Ross hated it. “He could never, ever, ever change his hair, and he was so mad about that,” Kowalski says. “He got tired of that curly hair.”

Ross was a meticulous businessman whose every move on his TV series “The Joy of Painting,” was scripted in advance. He did three copies of every painting he did on the show. His art supply company is still in business today, more than 20 years after his death, and the show is coming to Netflix.

Kowalski discovered Ross “in the aftermath of a family tragedy.” Her oldest son was killed in a traffic accident. All she could do afterward “was lay on the house and watch television.”

She watched a painter named Bill Alexander, who was big on PBS back then. Kowalski’s husband was desperate to get her out of the house, so he signed her up for Alexander’s painting class, 900 miles away in Clearwater, Fla. But then Alexander stopped teaching and passed his classes off to an unknown protege.

“I was very disappointed,” Kowalski says. “I so wanted to paint with Bill Alexander. But my husband said, ‘Get up. Get in the car. We’re going.’ ”

It was a five-day class in a hotel conference room. At the easel upfront was a guy with a perm who went by Bob. His paintings were good, but when he started talking to the class, that’s when Kowalski knew she had met someone special.

Paramedics called to the scene who checked the man found his vital signs to be normal. But they noted that he was displaying odd behavior — crawling around on the floor, randomly using profanities and calling the family cat a “bitch.” … The paramedics helped the man to his bedroom and he got into bed.

To be fair, the cat really does have an unpleasant personality. 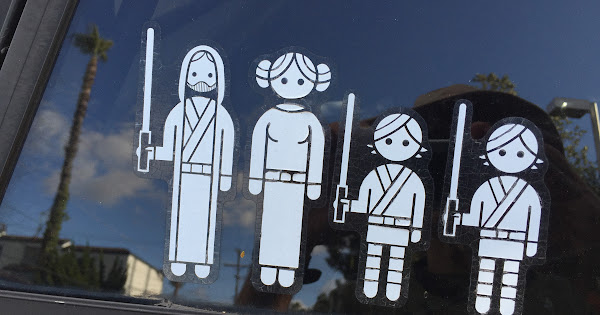 I saw this sticker on the back window of a car outside Lake Murray.