The British expression “It does exactly what it says on the tin” comes from a 1994 TV commercial. (BBC News)

Nebraska’s new tourism slogan is “Honestly, it’s not for everyone:” “For the past four years, Nebraska has ranked last when it comes to states that travelers most want to visit, according to research from travel marketing research firm MMGY Global.” (QZ.com) 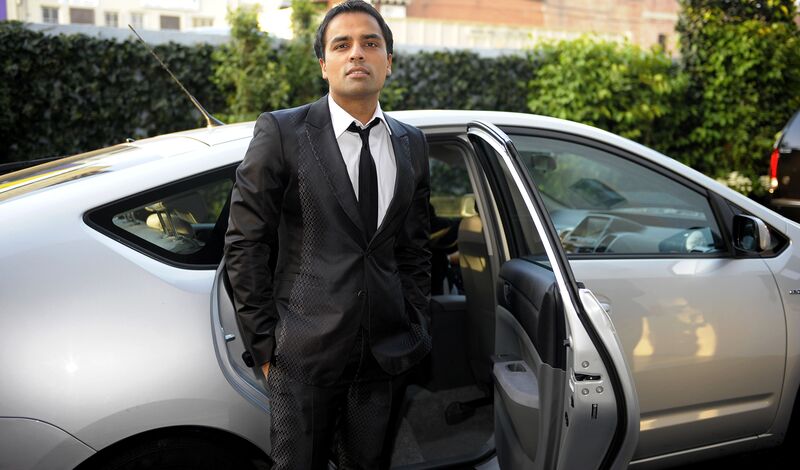 Gurbaksh Chahal wanted to be a role model for the sales team at his digital advertising startup and show them how to close a deal. But the co-founder and chief executive officer of Gravity4 Inc. knew he couldn’t be effective as the face of the business. In 2014, he had been removed from the last company he started following a fight with his girlfriend a year earlier, in which he hit and kicked her 117 times. The brutal ordeal, which had been caught on security-camera footage, resulted in probation for Chahal and shattered his reputation.

Last year, Chahal came up with a solution: He created an alter ego named Christian Gray, according to a half dozen people familiar with the situation. The character, who shares a very similar name with one from 50 Shades of Grey, has his own LinkedIn pagefeaturing a head shot of Josh Dallas, an actor who appears on the ABC fairytale drama Once Upon a Time. Chahal would e-mail marketing professionals as Gray, and when he hooked a potential customer, the CEO would berate staff for being outsold by a fake person, said the people, who asked not to be named for fear of retribution. Two people said Chahal had at times used Gray’s sales leads as an excuse to fire workers.

But Gray’s career didn’t last long. While still on probation from his previous domestic-violence conviction, Chahal kicked another girlfriend in late 2014 and threatened to report her to immigration services, according to a police report that surfaced last year. While there wasn’t enough evidence to file criminal charges in that incident, it led to a judge revoking his probation last month, prompting Chahal to hand over the CEO role to his sister. Gravity4 and an attorney for Chahal didn’t respond to multiple requests for comment. A California district judge sentenced Chahal on Friday to a year in a county jail for violating his probation, pending an appeal, which his attorney said he plans to do.

Chahal’s self-destruction—and the former colleagues, shareholders, customers, and women left in the rubble—is an extreme case, but it demonstrates a more common risk in Silicon Valley of entrepreneurs who amass too much power. Chahal’s earlier achievements enabled him to run his businesses unchecked and use vague promises of startup riches to recruit talent. “He has a brilliant mind and a very flawed personality,” said Sam Singer, a crisis communications consultant who worked for Chahal in 2014. “He has become a poster child for everything the public thinks is wrong with Silicon Valley: wealth that comes too fast and too easily, arrogant behavior, the belief that the rules don’t apply to them and they are somehow above the law.”

Podcasting Has An Ad Skipping Problem, Too

Podcast software has “skip ahead” buttons and listeners hit them hard.

I was pulling in to the parking lot when I saw this willowy blonde at the curb holding a sign advertising a local business. I took a second look to appreciate the view. I thought, “Wow, she’s standing awfully still.”

I asked her if it would be OK if I took her picture and she didn’t say anything or even acknowledge I was talking with her. So I guess it’s all right.

How Years of Macho Food Marketing Is Killing Men

There’s an incredible disconnect between the way real men eat, and the way “real men” are supposed to eat. … If it doesn’t contain the chance of diabetes, apparently “real men” won’t eat it.

According to Katherine Parkin, an associate professor of history at Monmouth University, and author of the book the sexual segregation of food marketing took shape in the 1950s, under the pioneering psychologist Ernest Dichter, who applied the theories he’d learned under Sigmund Freud to shape the new field of motivational research.

“Dichter believed that by convincing Americans of a food’s sex and its resultant gendered identity, as well as its sensuality, advertisers could suggest their foods to meet consumers’ need to fulfill their gender roles,” Parkin wrote in a research paper. “Dichter believed that many people categorized the sex of foods. However, his own subscription to a gendered taxonomy of food is evident in his assessment of the findings. For example, Dichter posited, “Perhaps the most typically feminine food is cake … The wedding cake [is] … the symbol of the feminine organ. The act of cutting the first slice by the bride and bridegroom together clearly stands as a symbol of defloration.”

This kind of overly sexualized couch philosophy may sound like demented bullshit (“Happy Birthday! Eat a vagina!”), but the ad world ate it up. Though they overwhelmingly aimed food ads toward women, who were (and remain) the primary food purchasers for households, increasingly foods became targeted by sex. If it was meaty, macho, or phallic (Dichter basically felt the Oscar Meyer wiener song was a penile love poem), it was manly enough to be sold to men.

“The manly foods — for example, a 4,000-calorie manly frozen dinner — all play on a notion that these foods will make you a man and ensure your virility,” saysParkin.

It’s actually worse than that. Manly food ads present a cleverly crafted challenge to our manhood: Are you man enough to eat this shit?

Cox concludes with the important point that you should eat what you want, not what you think is manly. Eating junk food is fine every now and then. “If, once in a while, you find yourself hankering for Manwich and a bottle of Bud — or a chard fritatta and a glass of rosé — well, bon appétit.”

Things are looking dire at Twitter. I fear it may have hit an inflection point.

Peter Kafka has more at Re/code.

If a Texaco salesman at a filling station has asked you, “Is your oil at the proper level today, sir?” or if you’ve ordered a malted milk at a soda fountain and the clerk has stood there, an egg in each hand, and asked, “One or two eggs today?,” then you’ve been under the subtle influence of Mr. Elmer Wheeler, head of the Tested Selling Institute, 521 Fifth Avenue. Mr. Wheeler has adopted the profession of seducing people in the mass with words. He advises merchants how to win sales and influence customers.

Mr. Wheeler composed that suave speech about the proper level of oil to replace the crude old question “Check your oil today?” There are nine words in it, to save you the trouble of counting back, and Texaco paid Mr. Wheeler $5,000 for it. This is $555.55 a word. He worked out the malted-milk-and-egg technique, for Abraham & Straus, so that they might sell more eggs at their fountain. He not only devised the phrase “One or two eggs today?” but also planned the gesture of the clerk holding an egg in each hand.

The scene of the soda clerk, the eggs, and the timid customer (who usually takes at least one egg in his malted milk when all he wanted was a malted milk) is now reënacted thousands of times daily all over the city. It is the perfect example of one of the principles of Tested Selling, which are masterfully explained in an essay written by Mr. Wheeler some years ago and recently expanded into a book with a red-and-yellow jacket. The book has a number of Wheelerpoints in it, and the egg episode dramatizes Wheelerpoint No. 4, which is “Don’t Ask If—Ask Which! “The essence of Wheelerpoint No. 4 is that the customer should always be given a choice between something and something, not a choice between something and nothing. This point is vital, but the great motif in Tested Selling is Wheelerpoint No. 1, “Don’t Sell the Steak—Sell the Sizzle!” On this majestic theme, Mr. Wheeler writes:

“The sizzle has sold more steaks than the cow ever has, although the cow is, of course, mighty important.”

Wheeler did the equivalent of today’s A/B testing in real life; he tried different phrases and sentences on people to see which sold more product, and iterated the changes until they were just right.

People put egg in their malted milk? Is that still a thing?

danah boyd: ‘Selling Out’ Is Meaningless

Today’s teens are desperate for any form of freedom. In a world where they have limited physical mobility and few places to go, they’re deeply appreciative of any space that will accept them. Because we’ve pretty much obliterated all public spaces for youth to gather in, they find their freedomin commercial spaces, especially online. …

Why should we expect [teens] to stand up to commercial surveillance when every adult in their world surveils their every move “for their own good”? Why should these teens lament the commercialization of public spaces when these are the only spaces that they feel actually allow them to be authentic?

Something else we can blame on social media.

Mother’s Day ads: Here’s why they make you cry and also are the worst.