Via https://boingboing.net/2019/03/18/sloth-very-clear-on-importance.html, from whence I stole the headline

Demetrius Anderson has lived a crime-free life as an “upstanding citizen” since he walked out of prison 13 years ago. But now the feds say he owes them 16 more months behind bars – because of THEIR clerical error. https://www.cnn.com/2019/03/29/us/connecticut-man-fighting-prison-return/index.html

Cold water is just as effective as hot for washing your hands. Lifehacker

This is a half-assed idea. https://www.vox.com/culture/2019/3/27/18282960/avengers-endgame-ant-man-vs-thanos-meme-butt-thanus?utm_source=nextdraft&utm_medium=email

Looking ahead to the final season of Game of Thrones. http://ouropinionsarecorrect.libsyn.com/episode-28-whats-the-matter-with-westeros

Wichita couple dines at the same table at the same Texas Roadhouse restaurant six nights a week for 15 years. They know what they like. Kansas.com

Using the iPad as a Laptop. Mac Power Users

Inside the upside down world where Sandy Hook conspiracy theorists and Alex Jones dwell, where it’s ok to terrorize parents whose children were murdered. https://www.thisamericanlife.org/670/beware-the-jabberwock

Grindr is primarily used by gay men to find hookups. Self-described former user and tech journalist Casey Newton describes how Chinese ownership has become a national security issue: People who use Grindr tell the service their most intimate private details — including nude selfies, sexting, and their locations. https://www.theverge.com/interface/2019/3/28/18285274/grindr-national-security-cfius-china-kunlun-military?utm_source=nextdraft&utm_medium=email

Philosopher Bertrand Russell’s secret to happiness: “I learned to be indifferent to myself and my deficiencies; I came to center my attention increasingly upon external objects: the state of the world, various branches of knowledge, individuals for whom I felt affection.” 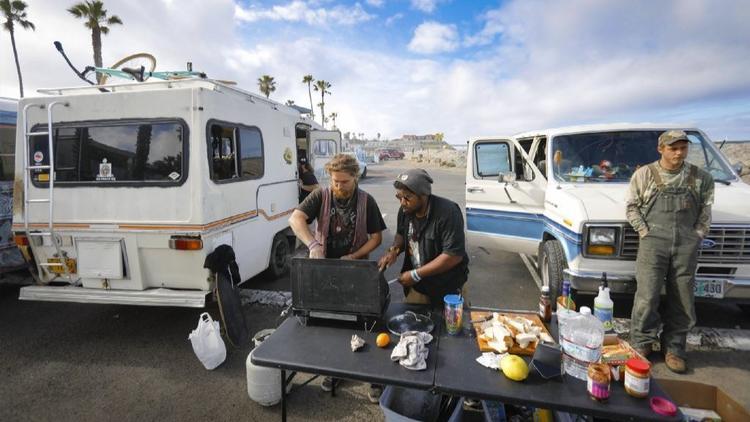 A year ago, he was homeless. Today, he owns a residence that boasts a million-dollar view of the rolling Pacific.

Or at least it does for 22 hours a day. Between 2 and 4 a.m., the law requires this home — a rusting Ford Econoline van — to leave its usual spot in a public parking lot beside the sand dunes of Ocean Beach. During those two pre-dawn hours, it roams the surrounding residential streets.

I’ve been making coffee stronger and stronger every day, and liking it more and more. Tomorrow I’ll just chew on handfuls of coffee beans and caffeine pills.

Juniper Networks’ Bikash Koley hopes 5G capex investment will soothe the company’s financial aches and pains. By me at https://www.lightreading.com/mobile/5g/will-5g-cure-junipers-telco-flu/d/d-id/750490

How the Internet Travels Across Oceans. The Internet travels on hundreds of thousands of miles of undersea cables, descended from the first telegraph cables of the 19th Century. The New York Times

This is bullshit. Smollett has harmed all legitimate victims of hate crimes, harmed Trump opponents, and wasted Chicago taxpayer money and time.

Yes, prison time would have been inappropriate, but Smollett should have to at least say “I’m sorry” in addition to the penalties he’s already paying.

Also, no matter what Chicago prosecutors may say to the press: Yeah, they did exonerate Smollett.

People in open-concept homes are realizing the walls were there for a reason. Life is often messy and noisy. The Boston Globe

Today I learned the guy who played the punk rocker on the bus in Star Trek IV — the one with the whales — went on to direct the Muppets’ “Bohemian Rhapsody” viral video.

Kirk Thatcher, then 23, plays the obnoxious punk rocker on a San Francisco bus who refuses to turn off his loud music, and gets a Vulcan nerve pinch from Mr. Spock.

Thatcher worked as an assistant to Leonard Nimoy, who both starred in and directed the film. Thatcher was an ex-punk himself and a huge Trek fan as a teen, and when he heard they needed a punk rocker for that one scene, he lobbied hard for the role.

During production of Star Trek IV, Thatcher learned that they were going to use a Duran Duran song for that scene. Thatcher knew that was ridiculous, so he wrote and performed the song that plays on the character’s boom box. The song is called “I Hate You.”

Thatcher has had a long career in movies and TV production, including his work for the Muppets, where he directed that Bohemian Rhapsody video. And many years after the Trek movie, Thatcher reprised the role in a cameo in “Spider-Man: Homecoming.”

Thatcher also came up with the “Hello Computer” gag, where Scotty is talking to the Mac mouse. http://www.startrek.com/article/interview-trek-ivs-punk-on-the-bus

Bread sliced bagels are apparently giving people shpilkes on Twitter. It took me a few hours to adjust but now I think it is an excellent idea. However, chocolate chip bagels are an abomination and what kind of savage buys bagels at Panera anyway?

I am Jewish and from New York. My decision is final.

We re-watched the first episode of Deadwood tonight and I’d like to re-watch the whole series before the movie finale airs in two months. Such a wonderful show!