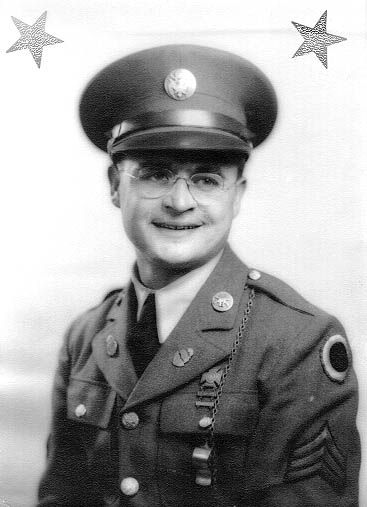 In the Robert A. Heinlein novel “Starship Troopers” and the movie loosely based on the book, the starship that carries hero Juan Rico’s Mobile Infantry platoon is called the “Rodger Young.” In the epilogue to the novel, we learn a little about Young.

Young was a real person; Wikipedia has more:

Rodger Wilton Young (April 28, 1918 – July 31, 1943) was a United States Army soldier during World War II. An infantryman, he was killed on the island of New Georgia while helping his platoon withdraw under enemy fire. For his actions, he posthumously received the United States’ highest military decoration, the Medal of Honor.

Young is remembered in a song, “The Ballad of Rodger Young” by Frank Loesser, most famously recorded by Burl Ives, which extolled his courage and willingness to die to protect his comrades in arms.

Born in Tiffin, Ohio, in 1918, Young was “a small-statured boy” but a “keen athlete.” Knocked unconscious during a high school basketball game,  the injury led to significant hearing loss and damage to his eyesight. He dropped out of school when he could no longer hear lessons and see the blackboard.

Still just 5’2″, Young joined the Ohio National Guard in 1940 for extra income, and because he believed his medical problems would disqualify him for the Army. His unit was activated during World War II. Young was a sergeant, and feared that his disabilities might make him a less effective combat commander. He asked to be reduced in rank to private, which request was granted, though Young’s commanding officer initially suspected Young of trying to get out of battle.

A week later, with Young’s patrol under fire by a Japanese ambush, their lieutenant ordered withdrawal. Young, wounded, ignored the order and advanced on the Japanese position, lobbing hand grenades at the enemy machine gun. Young was killed, but his actions allowed his platoon to withdraw without further casualties.

In the novel, the captain of the Rodger Young plays “The Ballad of Rodger Young” as Rico’s platoon goes into battle. Here it is, performed by the West Point Cadet Glee Club.